The Final Solution to Adolph Hilter

This may be a good place to introduce yourself and your site or include some credits. 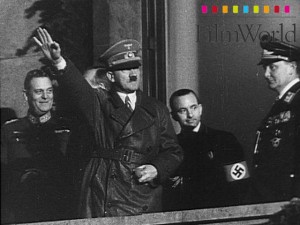 Hitler cooperated with the eventual founders of Israel from 1933 onward; Nazism was essentially another Zionist operation, funded by the Rothschild-circle-of-International-Bankers and key corporations on Wall Street. Hitler was tasked, — with the help of IBM from the month he came to power in March, 1933, — with identifying and/or rounding up as many everyday Jews as possible in order to immediately — or eventually — get them down to Palestine for the eventual takeover. The takeover by “Israel” happened in 1948, three years after World War II ended, and Hitler was shuffled off the world stage. Note to Jewish researchers: see the 1961 book, “Perfidy” by Ben Hecht, and then come back and look at/listen to the first two videos immediately below. Ben Hecht was himself a large fundraiser for the Zionists leading up to the founding of Israel in 1948. A Jewish screenwriter in Hollywood, Hecht was an assistant to David O’Selznick for the movie, “Gone with the Wind”, and wrote the screenplay for the movie, “Farewell to Arms.” What Hecht found, to his utter dismay, was that the founders of Israel didn’t care how many everyday Jews were caught in the crossfire of the Rothschild plans, or how many died, or were killed, along the way. In the video below featuring author and scholar Edwin Black on the Transfer Agreement, Black reveals that the Nazis issued a coin with Nazi symbols on one side, and Zionist symbols on the other. ( !!! ) The Journal of Palestine Studies in the August 1976 issue, in an article by Klaus Polkein, reported that a ship left from Germany for Palestine in 1936 – flying both a Nazi Swastika flag and a Start of David flag on the mast. This IS Hidden History! – Jim Condit Jr. 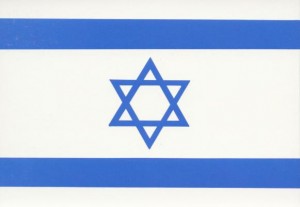 (WE Have just been informed on 1-8-15 that the immediately below video was removed from youtube for alleged violations of terms of service. We’ll try to see what can be done. For now, we put another upload below the video that’s been removed. You can also order this DVD by mail at hitlerdvd.com — as for now our visa-processing system is in transition from bank to bank.)

By Jim Condit Jr. – 2 hour 20 minute video made in 2003. This has been renamed “The Nazi-Zionist Connection: The Final Solution to Adolph Hitler.”

Thanks to a friend in Europe for putting up this version of the video, “The Final Solution to Adolf Hitler”:

Here is another upload of “The Nazi-Zionist Connection: The Final Solution to Adolf Hitler” (first 1 min 22 seconds is without the music, i.e., no sound) — upload from the YouTube channel Rose Night :

(Banned by YouTube in 11 countries in Europe and the Mideast)

This 3 hour Radio Show was recorded in May of 2007. It was the first internet radio show produced by the eminent and courageous scholar, Christopher Jon Bjerknes. Bjerknes interviewed Jim Condit Jr. about his 2003 video, “The Final Solution to Adolf Hitler”. The show was scheduled to be 1 hour — but Mr. Bjerknes also knew much information about this subject — and the show lasted slightly over three hours. This YouTube Video of the Condit/Bjerknes radio show has been banned in many countries including Germany, Italy, Austria, Poland and Israel. See a few of the actual comments reproduced from YouTube viewers of this video immediately below the video. (We suggest you read the comments from YouTube viewers before you watch the video.)

Swastika on one side and Star of David on the other; This Nazi-Zionist Coin was issued as a commemorative coin by the Nazi Government (Joseph Goebbels) in 1935.

Here is the Radio Show discussing the Nazi-Zionist Connection. Check out some of the Comments from YouTube Posters below.

Before we present this video on this page, here are the comments from the man behind the Rape of Justice Channel about what happened when he uploaded this video, and from some of the YouTube viewers.

Usually I have a short attention span and couldn’t manage 3 hours but I found this interview absolutely fascinating.

I used to think this $#!& was crazy. Now I think I’m one of the few who is willing to let go of the slave programming. I am awake. I hope that others follow

salmon rushty – 1 year ago
” I had so many questions about zionism, nazi germany, jews, germans, rothschild bankers, WW2, WW1, hitler, the holocaust………all of them got answered in this interview. i believe i came out of this with a new world view. absolutely amazing piece of history. its like ive been living in the matrix, now i live outside it with the knowledge of what the matrix is. thanks for this ”

reggieD100 – 1 year ago
“One of the most fascinating interviews I’ve ever heard in my life. Christopher Jon Bjerknes is a true intellectual heavyweight.“

jj watts – 1 year ago
“Mind blown. Damn history channel been lying to me and the history books? Wow BIGGEST DECEPTION OF HISTORY“

simon x –1 year ago
“Hi. hitler’s vegetarian diet is well known. Anyone who knew hitler knew that he was a veggie boy and i think even in mein kampf he mentions that too. So to me, it was just a cover to avoid eating pork which represents 50% of the meat intake of germans. As for his circumcision there was a big article in 1992 about his private life and his dr confessed that hitler has never allowed him to check his [privates] even when it was a necessity so that can only explain one thing : he was circumcised jew ! “

Tesla Advocate – 1 year ago
“I feel overwhelmed too. My brain can’t process anymore. Obviously, Hitler fled to Argentina and lived there until he died. Just google.“

Edwin Black on his book, The Transfer Agreement

Edwin Black spins the beans on the Transfer Agreements between the Nazis and the Zionists in this telling interview.

Edwin Black on his book, The Transfer Agreement

Edwin Black spins the beans on the Transfer Agreements between the Nazis and the Zionists in this telling interview.

Other interesting information on Zionism, and some Jews against Zionism

SOME JEWS ARE AGAINST THE MODERN STATE CALLED “ISRAEL” AND ZIONISM

For more information on Jews who are against Zionism, see here:
http://www.realnews247.com/spec_rpt_jews_against_zionism.htm

http://www.nkusa.org/ – this is the website of Jews Against Zionism, who call themselves “Neturei Karta”, meaning the “Guardians of the City”.

Comment from webmaster: Every decent human being should be able to respect the position of Rabbi Weiss in the above video with regard to respect for the God-given rights and dignity of others. He is taking the position that is it wrong for anyone and everyone, including the Zionists in the Mideast, to harm or kill others to get their way. Also, by implication, the freedom of conscience (in the internal forum) of each human being must be respected, and no one should be forced to accept a belief or a belief system or a religion in his or her internal forum (mind). The Rabbi believes that Judaism is true. Others believe that the Moslem religion is true. Others, including myself, believe that Catholicism (Catholic means Universal, as in everyone is welcome) is true. Others believe Fundamentalist Christianity is true; others Buddism, or Hinduism, etc. etc. And others are agnostic or atheists. What the Rabbi says above, as I understand him, is that everyone should be faithful to his or her own beliefs and/or religion and that God will lead the world to the truth in due time, without human beings abusing each other physically or disrespecting the God-given rights of others with regard to freedom of conscience in the internal forum (in one’s mind). – Jim Condit Jr.

Simone Zimmerman worked for the Presidential Campaign of Bernie Sanders in 2016. Around May of 2016 she was fired by Bernie Sanders because she had told off Israeli Prime Minister Benjamin Netanyahu for giving Jews worldwide a bad name because of his persecution of the Palestinians. Below is the preview for the documentary, “Between the Lines”, found on youtube.

NEW DEVELOPMENT: Now you can view both videos for free on this website. The Nazi-Zionist connection 3-hour Video (named on YouTube “The Rothschilds, Hilter, Holocaust, Israel, and Zionist World Government”) was banned in 11 countries in Europe and the Mideast by a French Judge. The back-story of the banning of this video on YouTube, along with comments from viewers, can be found by scrolling down a bit on our Nazi-Zionist Connection Page. — Paypal terminated our ability to take payments for these DVDs because we “were violating PayPal’s terms of use” — the specifics of which PayPal could not identify.